The goal: reduce or eliminate LSPI occurrences – and unleash the full engineering power of the world’s leading automakers to take vehicle performance to the next level.

The Barrier to Better Vehicles

Improved fuel economy is the single greatest pressure driving automotive design today and into the future.

U.S. regulations will see passenger car fuel economy standards jump from an average of 35.5 mpg in 2016 to 54.5 mpg in 2025. Even more aggressive standards have been proposed in Europe and Asia.

But this new level of performance has come with an unexpected side effect: LSPI.

LSPI, also known as stochastic pre-ignition (SPI), megaknock, superknock and deto-knock, most commonly occurs at low speeds during a period of rapid acceleration. A premature ignition in the combustion chamber, generated prior to the spark plug firing, causes an abnormal combustion and high cylinder pressure. The LSPI event results in a loud knocking sound from the uncontrolled pressure rise in the cylinder. In some cases, a single LSPI event is sufficient to cause severe engine damage.

Until LSPI is rectified, automakers may be restricted in their ability to maximize the performance and fuel efficiency of their advanced engine designs, creating a barrier to meet tomorrow’s demanding fuel-performance requirements. 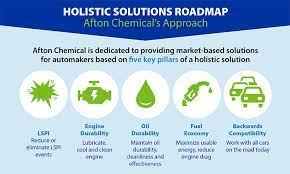 LSPI occurs in the combustion chamber, and the most practical solution is a holistic solution that takes into account engine design, engine oil formulation and fuel quality. A possible solution may likely come from an engine oil additive solution to retain the proven fuel-saving benefits of existing engine technologies.
The next wave of engine oil performance standards, including ILSAC GF-6 and next generation GM dexos1™, take aim at LSPI. However, any LSPI solution must retain the robust range of benefits that lubricants provide today.

A holistic solution will need to reduce or eliminate LSPI while still providing:

Meeting automakers’ increasing expectations of engine performance is best achieved through the innovation and creativity of holistic solutions. Discouraging the innovation process by imposing unnecessary restrictions on engine oil formulation and composition is counter to achieving these goals.

Working from an unconstrained spectrum of ingredients and technologies, the industry can better understand and manage the role of LSPI “bad actors” while elevating the role of “good actors” and encouraging continued creativity and innovation. 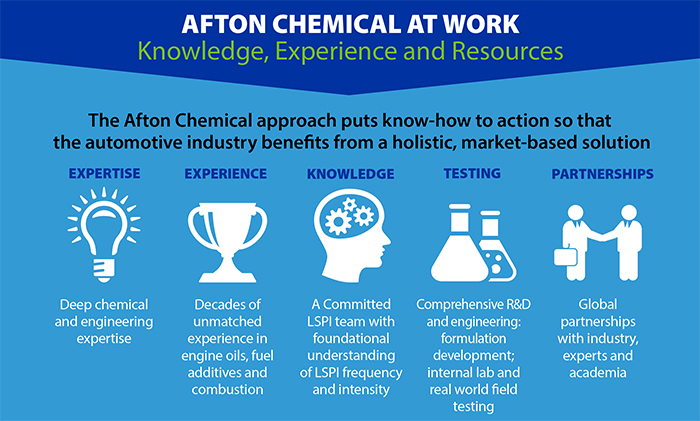